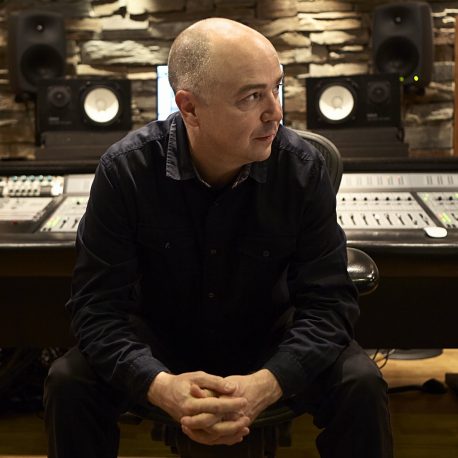 Manuel Colmenero is an award-winning Music Producer and Sound Engineer. He has produced artists such as Vetusta Morla, Eladio y los Seres Queridos, Nena Daconte, Dardem or Nelou to name but a few. As a sound engineer and mixer he has worked with numerous artists of all genres, such as Enrique Morente, Joaquín Sabina, Camilo Sesto, David Bisbal, Victor Manuel, David Demaría, Bustamante, India Martínez, Pastora Soler… etc.

In 2015 he won the Independent Music Prize for best production for the album “La Deriva” by Vetusta Morla. He has been involved in productions which have been multiplatinum, gold records and nominations for Latin Grammys. He trained musically in the Ateneo of Modern Music in Madrid. He also has a degree in Psychology. With 20 years of experience in the music industry, he is the founding partner along with Javibu Carretero, of the studio SONOBOX in Madrid.