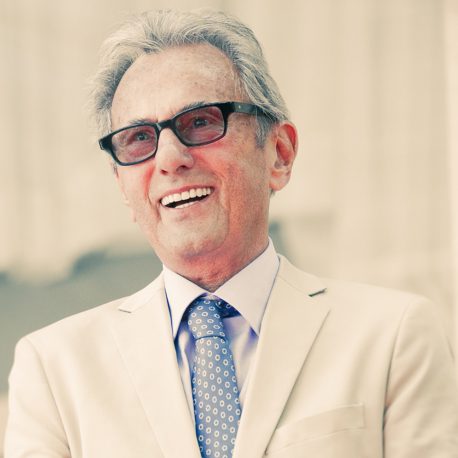 A legendary figure in music.

For most Al Schmitt needs no introduction, He is an accomplished engineer and producer who has spent his life working closely with the “Greats” of music for over five decades.

Scanning Al Schmitt’s discography-which takes a long time, by the way-it’s tough to settle on a singular high point. That’s because Schmitt’s decades of award-winning work read like a trip through musical history. Up one aisle you’ll find Frank Sinatra, Henry Mancini, Sam Cooke, Ray Charles, and Miles Davis; up another you’ll bump into Jefferson Airplane, Jackson Browne, Neil Young, Johnny Cash, Willie Nelson, Kenny Rogers and Steely Dan. Round a corner and you’ll encounter Barbra Streisand, Natalie Cole, Madonna, and Quincy Jones mingling with Michael Jackson, Diana Krall, Celine Dion, Paul McCartney, and Michael Buble. The most startling aspect of this list is that it covers about 20 percent of the territory inside the room that is Al Schmitt’s body of work-literally too many important artists and groundbreaking albums to list without spanning 15 pages. The highlights represent a group of artists who, with Al Schmitt’s help, have shaped and defined the music of generations. There are few within the music industry who have overseen more culture-defining artistic moments than Al Schmitt. The winner of 20 Grammy awards, 2 Latin Grammys and a Trustees Grammy for Lifetime Achievement, Schmitt has helped artists garner an astounding 160 gold and platinum albums. Schmitt’s recordings play today, not just in America but around the world. And chances are they will be playing for a long time still. It is truly difficult to imagine an America that does not bear the musical fingerprints of one of its most important and legendary engineering and producing talents. Recognizing that talent, Al Schmitt was honored with a star on the Hollywood Walk of Fame in 2015. Fittingly, his star is right in front of the iconic Capitol Records building where so many of his great hits were recorded and where he continues to record today.